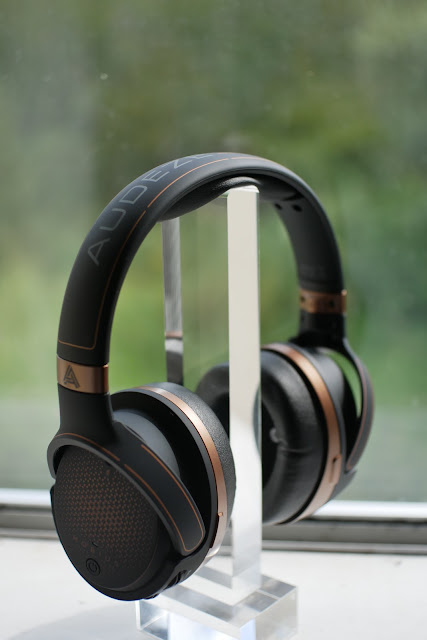 I received the Audeze Mobius today! I have only had a short listen with it and my quick and initial impressions are that they are definitely a planar sound. The default signature has a sound signature that is somewhere between the Sine and the LCD series. (I haven't listened to the EL-8 before). Bass performance is better than Sine but not quite LCD level in terms of extension. They sound brighter than the LCDs but smoother than the Sine. Vocals are slightly forward similarly to all the Audeze things I've heard before.

The build is actually very good despite what I had thought from photos of it. The headphone is comfortable. Pads do get a little warm since they are faux leather and could be more comfortable like the ones on the LCD series. They are an improvement over the Sine of course. 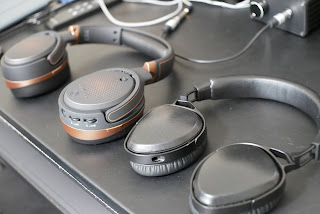 ​
I haven't really dug into the BT functions, and only fooled with the 3D tracking for a few songs (not movies/games yet). But I can say that it is freakin' cool! Listening to a few songs -- the lag is, well, lag-free, and you can definitely hear music coming in and out naturally as you turn. It sounds like I'm in a very intimate concert -- a concert in a small box. haha.
​
The Audeze PC software seems to be working well and you can see your virtual head moving as you move your real head as well. Kind of neat. You can also adjust your headsize and virtual surround settings, and EQ settings for games/movies/music.

Hiss Issue - So there was an issue with hissing when the first batch was sent out. The hissing for some was loud enough to be bothersome and for others it didnt matter. Audeze recalled all shipments back and made a fix to it. I have the revised version now.

When you turn on the device, you do hear a very, very, very faint hiss. It's on the level of or less than what you would hear if you had Active Noise Cancelling on and didnt have any playback. It's not really an issue at all. It becomes completely irrelevant during playback.
​
I spent most of the evening taking measurements
​
The measurements cover every single preset in Hi-Res mode. The headphone has 7 presets, with the default being the Audeze "House Sound" and then Flat, Music, Footsteps, Ballistics, Racing, and RPG.

The following should be taken with a grain of salt and use it how you want. They are using the MiniDSP EARS unit. I wasn't able to measure channel matching unfortunately because I think I did something to my left mic and need to figure out why it's giving me elevated bass responses. The measurements are off my Right Ear Driver and all are in Hi-Res mode and are using a USB connection to my PC.I set target SPL to 84-85dB for every measurement and then normalized it to 0 dB. It looks like they default normalize to 300Hz.First off, here is the DEFAULT Raw Frequency Response, Compensated using my personal target curve (mix of flat linear bass + harman target for mids/highs), Total Harmonic Distortion (awesome!) and the Waterfall chart to show decay time 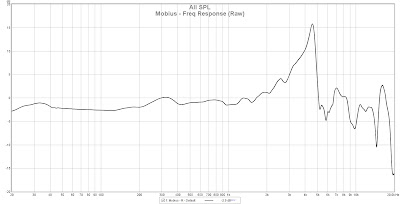 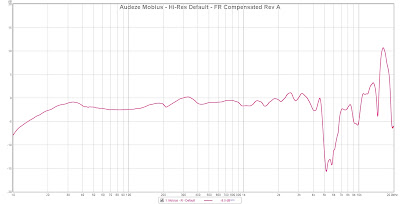 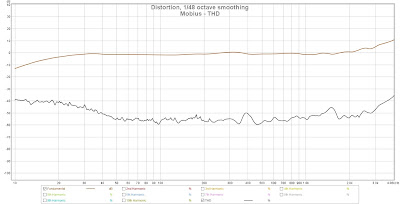 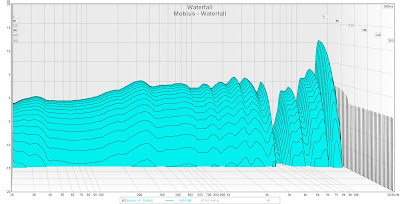 Next, up is the Music Presets (Default, Flat and Music): 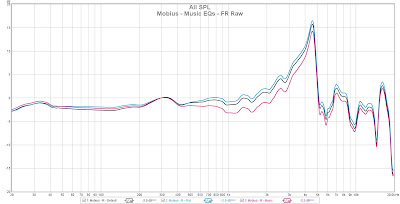 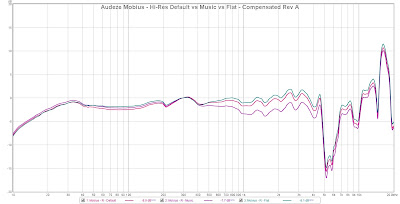 Next is gaming (Footsteps, Ballistics, Racing and RPG): 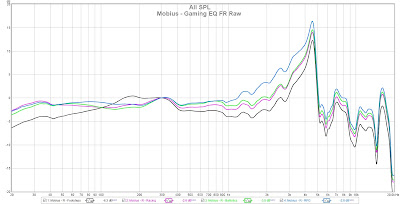 Distortion on these is very low and decay is fast as expected. There isn't a whole lot of differences between default and flat EQs but the other EQs do seem to have some small variations. Anyway, will post better review in the future.
​

Audeze Mobius vs Hifiman HE560: 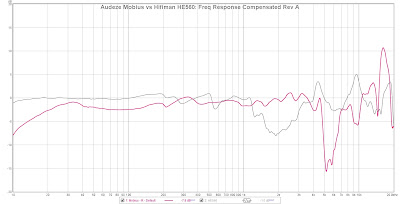 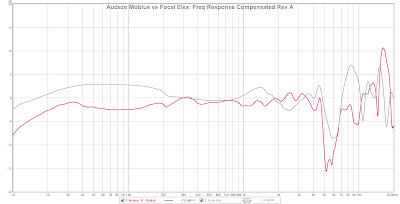 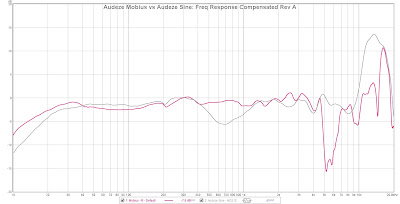 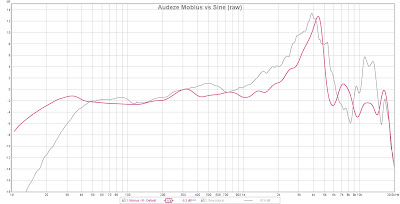