Massdrop has had some very strong collaboration products with major industry players over the past few years in the audio arena, so when Massdrop announced their latest collaboration with Hifiman, I was ready to jump on board -- especially at the offering price of $10!

This drop actually ended up arriving before the estimated ship date by several weeks, so that was pleasing.

I was definitely skeptical about a $10 set of headphones from a company known to sell headphones from $500 to over $10,000. But at the same time, I never heard any of their IEMs before, so I was up for anything, and at the asking price, it was hard to turn it down.

So the item came in a very basic box along with 3 sets of cheap silicone tips (Small/Medium/Large). The cable is non-detachable and is a flat-wire type, which I really dislike in general. For example, the ones that Audeze uses on their portable Sine and iSine headphones -- I really do not like. Hifiman takes my dissatisfaction of flat cables to a whole new level though. This cable is just "flat" out awful.

It does have a mic built into it but I have yet to try it.

The IEM housing itself is an attractive aluminum shell that is simple and elegant. It's also small and lightweight, and fits rather easily in my ears. These have to be worn cable down, as the driver is angled to fit that way, and cable, again, is not detachable. 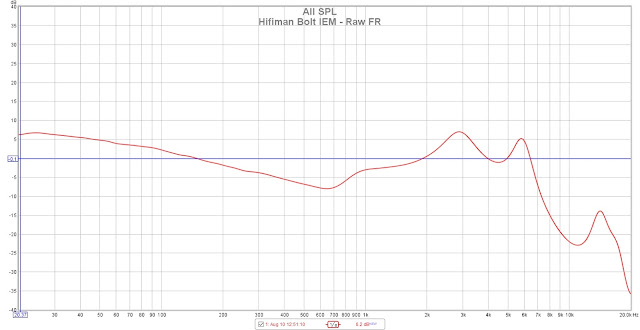 My first impressions putting these on were something like... OH MY GOSH! THAT BASS! The bass slams and is monstrous if you get a good seal. But everything else is utter garbage. The mids are very recessed and treble is extremely loose. Many people have complained of a "tinny" sound, which I can also hear too, though not as badly as people may make it out to be.

The IEM is L-shaped with major focus on the bass and low mids end. The above MiniDSP EARS measurement I made definitely shows that.

The bass is exaggerated while the mids begin to slope very far down and become recessed in the main vocal range. The upper mids look like they start to behave like one would expect but then treble is completely rolled off with a slight bump around 16K.

Soundstage is medium width and instrument separation is average. Detail and clarity is severely lacking on this IEM, and they tend to sound muddy in many tracks. 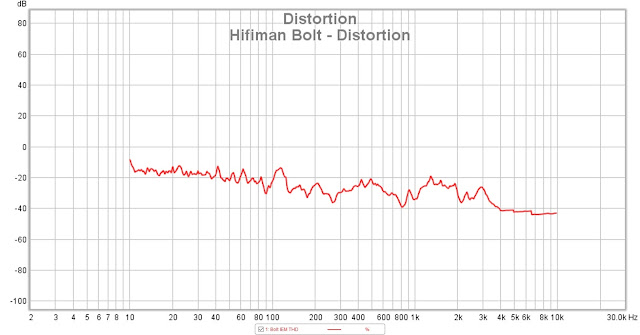 While I wasn't expecting an exceptional audiophile IEM with this price, I was expecting something similar to other Hifiman headphones I heard - in terms of sound signature and tonality. Instead, this thing reminds me more of a generic consumer-sound that is worth about $5-10. Many of the packaged ear buds and IEMs that come with phones and DAPs sound better than these.

This is quite a disappointing addition to the Hifiman family unfortunately.

Finally, a comparison to my current budget king, the Tin Audio T2: 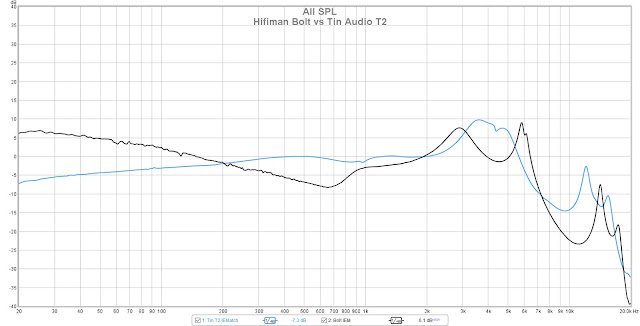