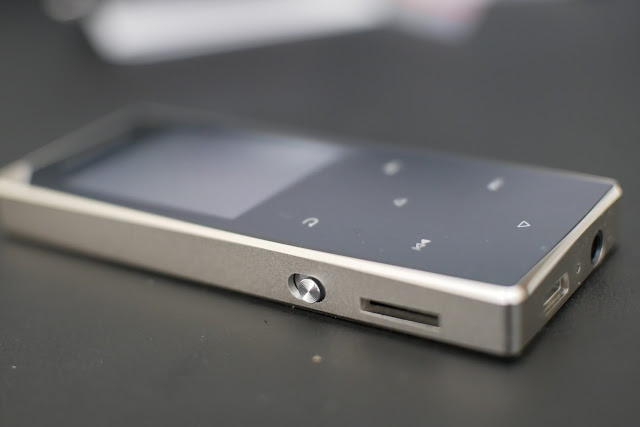 Shenzen Ruizu Digital Company has been in the audio business since 2010 making budget music players and Bluetooth speakers that are available in many marketplaces like Amazon and AliExpress. They have produced many music players over the years that have stylings similar to that of popular music players like the Sansa series and their own fresh take on players as well.
The product I am going to go over today is an all-metal silver D05.

First off, I have been an avid music listener, reviewer, and tech gadget collector since forever. I’ve owned portable music players dating back to the original iPod and Creative Zen series. More recently, I’ve used mid-tier DAPs such as my current Onkyo DP-S1, the Cayin N5, several HIdizs players, and also budget offerings from AGPTek, and others. I’ve tried many of the budget-tier players on the market so I feel like I have a good grasp of cost-to-performance ratio.
So how does this one come in? Let’s find out.

Disclaimer: This item was provided to me at a discount for review purposes by Ruizu. The review contains my own unbiased opinion and I am not in anyway influenced or paid for this review.

This item can be found on Amazon here: https://www.amazon.com/RUIZU-D05-Bluetooth-Playback-Expandable/dp/B07F9P98RW 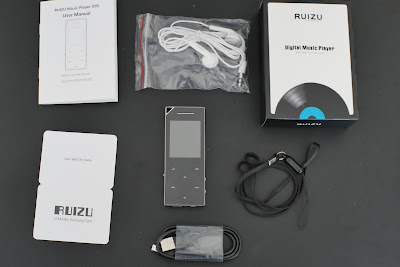 Unboxing:
The package comes in a nice clean box with attractive artwork from Ruizu. The box is neatly packaged and contains the audio player itself, as well as charging/data microusb cable, a lanyard, manual, and surprisingly, a set of ear buds.

The ear buds are very reminiscent of the ones Apple used to give away with iPods. The classic white ear-bud. They sound like a hot mess though since they do not include foams. It’s very tinny and missing all low end. I put on a set of lightweight foams on them and the low end came back and they sound decent. Good to start out with, but there are much better ear buds for under $10 on AliExpress.

Build Quality:
This is what blew me away. Many of the other budget DAPs I have tried feel cheap and flimsy despite being metal. This one is built like a tank. The weight on it surprised me. It’s heavier than my Onkyo DP-S1 DAP! I found that a tad insane since its half the size.

The buttons are touch capacitive on the front with nice machined metal buttons on the right side. The left side has a slot for a microSD card and a metal toggle switch for locking. At the very top left corner is a triangular cutout for attaching to the included lanyard or to a keychain. Since it’s solid metal up there, I would not have any fear of it breaking and dropping the player. 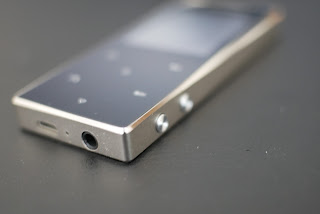 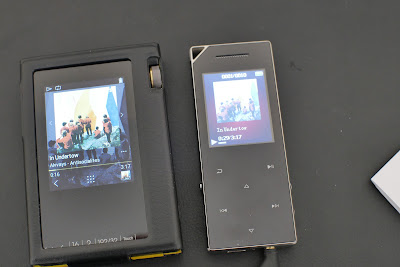 Music Playback:
I guess this is the most important, so we can start here. Music on this works and works well for this price range. I was actually surprised by the detail and quality using this. It’s not as good as DAPs that cost $100 or more, but it’s quite serviceable as is. Music sounds a tad brighter than neutral, but that does bring out more detail. It’s not muddy and narrow sounding as some other players may be that are in the budget class.
In terms of power, the player has juice to drive my IEMs and ear buds. It did struggle with my over-ear Hifiman HE560 planar magnetic headphones, but I wouldn’t expect a portable music player at this price range to do well with them. I struggle using them with over $100 players as well. They do get them to listenable volumes at full blast, but at that point, the sound quality does seem to drop and distort a bit and really doesn’t sound that great – bloaty and missing some magic.
But for IEMs and more sensitive headphones, this thing works well. I don’t have any ultra sensitive IEMs like the Andromedas or Massdrop Plus to see if hissing or noise floor becomes an issue or not. I also do not know the output impedance of this player.
Navigating around the music player is a tad tricky. The two buttons on the side – I kept mistakenly thinking these were volume controls. It makes too much sense! But no, they are actually just power and voice recorder. So I kept accidentally pressing the voice recorder button instead, and it would take sometime to start up that app.
The volume controls are actually the up and down buttons on the front touch area. Once I figured that out, it wasn’t too bad to use.
The UI itself is pretty ugly. It looks primitive. Very primitive. It reminds me of navigating through an Asian designed Karaoke laserdisc in the 90s with similar ugly font and color schemes. The screensaver that pops up to show time and elapsed playtime looks almost exactly what you’d see in-between songs at a Karaoke bar.

Anyway, there is an equalizer hiding through a button combination. When you are in the playing screen, if you press the PLAY/PAUSE button and hold, a menu will appear with an option to use equalizer. There are several pre-set configurations but at the bottom, it lets you choose a custom setting which has a simple 6 band equalizer. It seems to work pretty well and something that many budget DAPs do not include. I thought this was a great bonus! 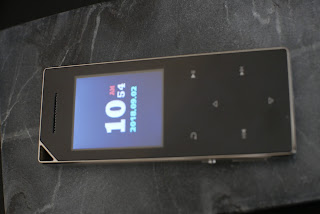 FM Tuner:
One great feature included with this player is the FM Tuner. It works extremely well. Just plug in any headphone and let it auto-tune to pick up radio stations. You do have an option to manually find your own, but the auto function picked up every station around me. Sound quality is excellent, despite not being a HD Tuner.

Photo and Video Player:
The display on this device is quite poor and pixelated. In addition, viewing angles are very bad, and color bleeds and washes out. It’s really made to look at in dim settings and straight at it. Photos load very slow as do videos.

E-Book Reader:
I never used this function. There is a sample text file included, and the font was pretty hideous and awful to use as a reader, in addition to the already mentioned screen quality issues.

Memory Card Expansion:
I was able to use a 128GB MicroSD with this and it took a couple minutes to load the contents of my FLAC collection into the library. Nothing really much else to say here.

Bluetooth:
Bluetooth addition is a great feature, however we had some issues using it. Pairing it to our B&O Beoplay H9 bluetooth headphone, sound quality came in and was fine, however there were several times where music skipped during playback. Pairing was relatively easy and it never lost pairing, but the occasional skip every so often was annoying. 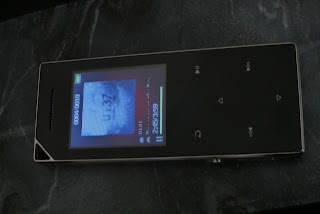 Overall:
This is a feature-loaded player that is being offered at $35 at the time of writing this on Amazon. It’s got more than enough features to satisfy the price and the sound quality is above-average in this class and has ability to drive many IEMs and Ear Buds. I would skip the included buds though. The player actually don’t power them very well surprisingly.

The biggest flaw with this is the UI font, color scheme, and overall screen quality. There are better quality screens at the $55+ price range, but this display is par for the course at $35. If you don’t care about album artwork, you’ll probably find a monochrome OLED display more enjoyable for viewing and use. But if you do care about album display and color, this is the standard you’ll get at this price point.

The FM tuner is the standout feature here. It is a nice added feature and it works very well.

Overall, I can’t knock it down too hard for the poor UI and choice in fonts/colors, but the build quality is top notch for the price, and the sound quality will get you started in the audio world.