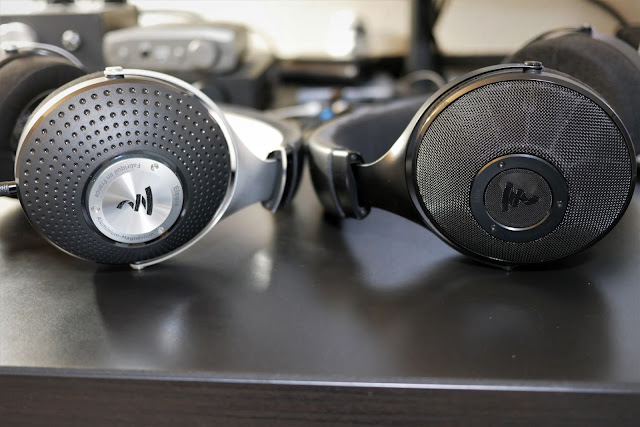 My new dream closed-back headphone just arrived. When Focal announced the Elegia recently, I was super excited! I really like the Clear and Elex a lot and had bought an Elex over the Summer. It's unfortunately a leaky can, and I can't take it to work with me if I wanted to. But the Elegia solves that problem!

I've only had them for a day now, but I've been pretty happy with my purchase from headphones.com. It's pricey. Let's get that out of the way. It's not cheap. It feels premium though!

Focal did replace the metal grill with a plastic closed shell, but it feels quite nice, and really looks better in person than in photos. I really dig the lighter weight. It feels very comfortable to wear.

In my very brief initial impressions, I am finding them to sound quite competent. In some ways, they sound cleaner and smoother than the Elex. Most of the real issues for the Elegia are really just related to it being a closed back. You get some weird resonance in the upper mids occasionally. But for being a closed-back, they surprisingly have an open-like sound. I don't have a huge sample size of closed backs besides the popular noise cancelling ones, and a few other popular ones like the Audeze Sine, Momentums, Beats, MSR7s, and a few others, but these don't have that claustrophobic, closed-off congested sound to them. I appreciate Focal's attention to detail and tuning for this.

Anyway, just some quick impressions for now. I will probably spend more time in the future and write a real review of them after I get through some of my review backlog.
Audio Previews Closed-Back Focal Focal Elegia Focal Elex Headphones Impressions