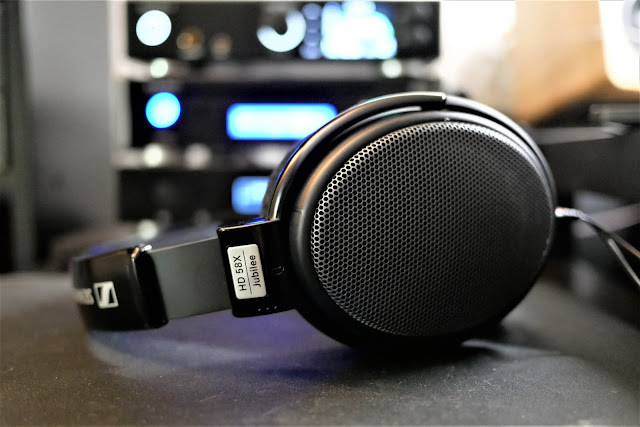 The original Sennheiser HD580 was released in 1991 and later the HD580 Jubilee in 1996. These headphones paved the way for the legendary HD600 series of headphones that have culminated with the latest HD6XX and HD660. Massdrop has seen extraordinary success with the collaboration with Sennheiser on the HD6XX and re-partnered with them to release an updated HD58X, which was released at a bargain price of $150 (now $160).

The HD58X comes in a simple Massdrop package with a standard detachable cable and the headphones. Not a lot to this basic presentation. The pads are a comfortable microfiber/velour-like material with a slightly firm foam cushion. The housing is all plastic but seems very well built, albeit a little cheap looking and feeling. My fiancée is quoted as saying that they “feel like cheap headphones from Walmart.” I sort of disagree, but when she’s used to the other headphones in our household like the Audeze Sine, B&O H9, and the Focal series of headphones, I can see the relative comparison.

The headband does have a bit of a death grip at first and did take me some time to get used to. I don’t listen to this headphone very often though, so each time I put it on, the grip is a little annoying. It’s not the end of the world though, because the headphone is extremely light to wear – and much lighter than what I have gotten used to wearing. 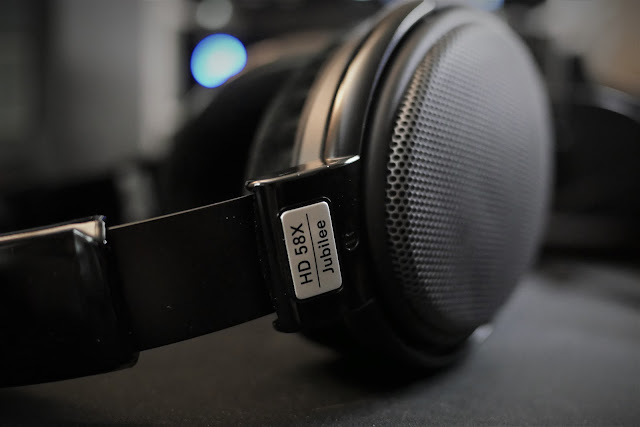 The Sennheiser HD58X has a warm, laid-back and slightly dark sound to it which, again, is a little different than my current array of over-ear headphones. It does share some similarities to the Unique Melody ME1 planar IEM that I own though. Both of these have a darker tone to them but have some areas in the treble which peak up and give just enough upper end energy to keep me satisfied with the sound. I generally don’t like dark sounding headphones, and this has just enough there to keep me listening. 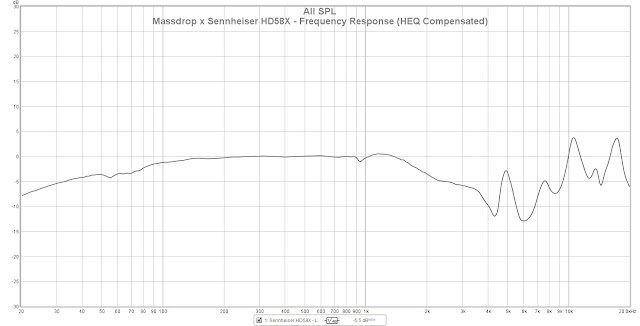 The bass is bigger than the HD600/650/6XX series, but not by a lot. These extend just a little bit more and are just a little more emphasized. These are still no where near basshead territory, but they do pack a little more punch than the more premium models in this lineup, but still lack any deep sub-bass extension, especially when I compare it to any of my planar magnetic headphones where you feel rumble, and air movement around your ears when playing tracks from Massive Attack or the famous “Why So Serious” track from The Dark Knight.

The mids are lush and very coherent and a little forward. As like the other Sennheiser headphones, they put the mids as the star of the show and this one isn’t any different. The mids are intimate and coherent. Male vocals sound great. Female vocals can occasionally sound slightly veiled as the lower treble does slope downward a little bit, but does have a few little spikes here and there to keep energy up. While in general, I still find the upper mids and treble to sound coherent, albeit a little dark, there are definitely occasional harshness from the unevenness of the treble peaks. 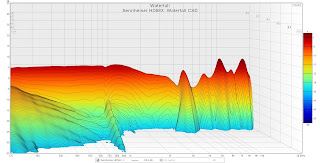 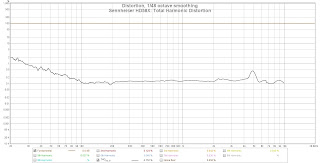 There have been a couple solutions to help combat this treble unevenness and darkness that Solderdude came up with. And the results are subtle and quite pleasant, and makes this a poor man’s HD660. By just buying a ultra cheap piece of furniture moving felt and drilling a small hole in the center of it, one can place this on the back of the driver on each ear cup and this dampens the sound just enough to raise the treble up and more evenly. This may also reduce the bass boost just slightly, so playing with the diameter of the hole will change both of these in opposite directions. 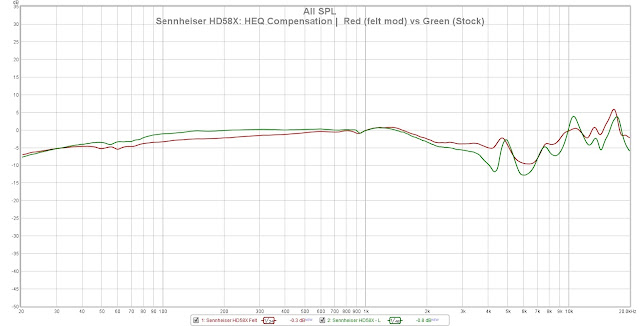 At the base price of $150-160, there’s very little out there that’ll provide you a coherent headphone like this one. It has a slightly different tuning than it’s partner HD6XX/HD650 and the HD600, and fits right in line with those two in terms of mids-supremacy. The HD650 may be the most coherent of the bunch, while the HD600 has the most energy, and the HD58X is where you go for a more fun sound.

At this range, I also recommend the HE400i and HE4XX from Hifiman, as those have to be one of the best planar magnetic deals out there. The HE560 and Sundara is a marked improvement but does cost double the price. With the Hifiman, you’ll get better bass extension and improve details and speed. The general tonality may not be as coherent and relaxing as the Sennheisers, but they are enjoyable for their attack and retrieval of distinct intricacies.

At the end of the day, I do recommend the HD58X. It’s a stellar value for this price range and while it’s not my general cup of tea, I do find myself gravitating to them every once in a while when I want to just listen to music while doing other things since they are lightweight and laid back.