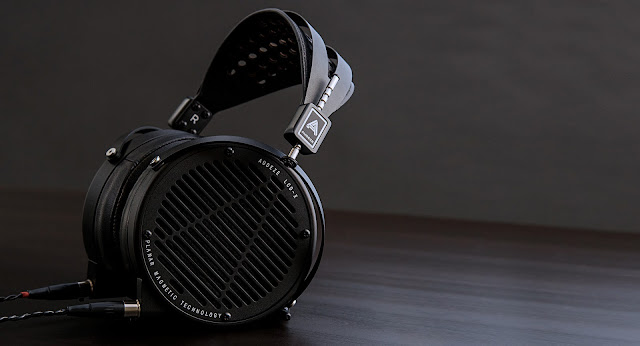 
I received this headphone through The Headphone Community’s Preview Program and here is a quick review of the headphone.

I have owned and listened to several Audeze headphones in the past and when I first put on the LCD-X, I was pretty shocked at how it wasn’t what I expected. I came into listening to it without reading any reviews prior, and was only forewarned in advanced that the tuning isn’t typical Audeze. Yet still, I was surprised to hear a lean, brighter headphone than the normal Audeze LCD house sound, which has always been deep, rich bass, and warmer mids.

The LCD-X is built like a tank. The metal cups and headband make this unit feel indestructible. It’s big, it’s massive, and it’s also heavy – quite a bit heavier than what I am comfortable with. This is a long-standing battle with the Audeze LCD series, and even the EL-8. It’s relegated my ownership of Audeze in the past to the Audeze Sine, iSine, and Mobius, which are much lighter in comparison.

So back to sound again: This headphone is different.


First off, and yet another surprise was how sensitive these drivers were! I had to go much lower on the dial than my other planar headphones and even the Focal Elex when using these.

It plays neutral, but doesn’t do it completely right to me. Something is just a bit off on it. The bass doesn’t carry the rich deep hitting magic that I am used to in upper tier planars, and the mids just aren’t as lush, and this is even comparing it side-by-side with the Hifiman HE560, which is a brighter planar headphone itself.

Air is much more apparent on the LCD-X though, and it definitely has a nice sense of it, along with a very detailed, clean sound. Transients are fast and transitions from bass to mids are good and clean. It’s just the upper mids and treble where I find this headphone to be a little offensive and sloppy.

When listening to various acoustic rock and post-rock/atmospheric songs, I find the upper mids and treble to be rather harsh and disjointed and bright. Maybe some of this is also due to how closed in the headphone sounds, with a smaller soundstage and therefore a lot of the sounds don’t have as much room to breathe on their own, and driving it at you all at once.


What kind of surprised me here was that I came in with an expectation that this was just another thick sounding LCD series headphone and my initial reaction was, wow, this sounds more like the Audeze Sine – which was more of a neutral and leaner sound but still had an Audeze feel to it. And I love the Sine and everything about it – sans the small pads. But unfortunately, I found that the LCD-X, despite being a brighter headphone, turned out to be a little too bright, and a little off.