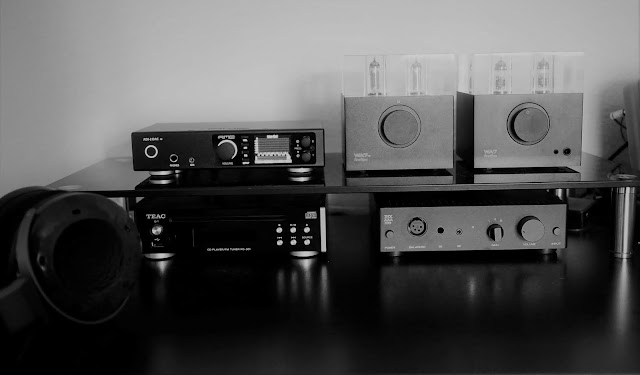 I have been reviewing headphone gear a lot in the past year or so, and have became known more for In-Ear Monitor (IEM) and portable audio reviews, but I do really love a desktop headphone setup more. I haven't really spent a lot of time discussing the products I use on a daily basis when I am not listening to in-ears nearly enough, but I figured I'd give some brief impressions of my current setup, most of which I've overhauled in the past few months.

My most frequent at-home listening spot is at my desk, where I can browse the web, work from home, and write the reviews and do development on my game apps. This photo above shows my current most used gear with a few things hidden in the drawers below the surface.

RME is a german company well known in the professional audio industry for their well-built and perhaps overly engineered products. The RME ADI-2 DAC is one of their first products designed for the normal home user. It takes the RME ADI-2 Pro and removes some of the I/O additions as well as balanced output, and replaces it with 3.5mm output made specifically for use with In-Ear Monitors, and adds a remote for ease of control.

This DAC is extremely clean and transparent. I find the IEM output to be excellent for most in-ears. Both the 1/4" and 3.5mm outputs aren't the most powerful amps available, but they do a great job with most gear. The headphone output does sound a tad on the bright side with some of my headphones, especially the Hifiman HE560 planar-magnetic headphone. There just may not be enough available voltage to run that headphone to it's full capability.

The DAC features a really slick screen that has a pretty visualizer and more features than you can ever imagine. It allows fine tuning equalizer, cross-feed, and per-channel tuning tweaks. There's just so much stuff in the menus that it does become overwhelming, and will take time to get the hang of it.

Luckily the manual that it comes with is very, very well documented and actually becomes good informational reading on how the designed the device and a good overview of what each feature does and why it's important. It's one of the best manuals I've ever seen.

The Woo Audio WA7 Fireflies is quite the looker. It's a well built tube amplifier that also has a built-in DAC. I have yet to use the DAC however as I use the ADI-2 as the source. There are two parts of the WA7 Fireflies if you choose to pay for the additional component. That component is the tube power supply, as opposed to a traditional power adapter. The tube supply also adds some of that harmonic distortion to the unit.

I find the 1/4" output to be just warmer than neutral, while also taming treble slightly and adding a smidgen of wider soundstage. It's subtle, but enough of an effect to be noticeable. The 3.5mm output designed for IEMs is very clean and hiss-free however it sounds like mud on most of my IEMs I've tried on it. Bass gets very bloated and uncontrolled leaving behind a muddy mess. 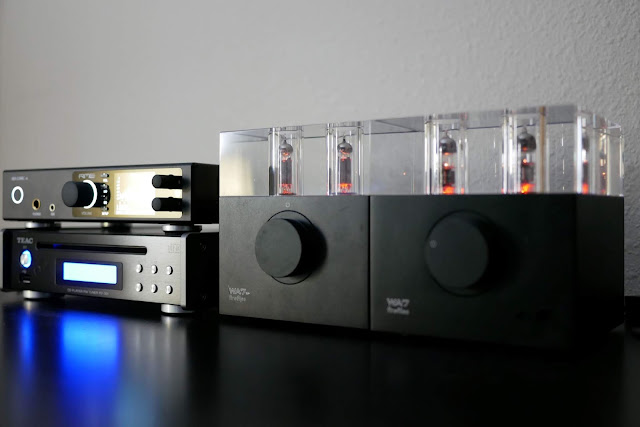 This is the newest addition to my desktop setup. The new legend, THX-789, is very clean sounding and has pretty good power output. I did find that I was using more of the power output than I expected with the Hifiman HE560, but it still didn't miss a beat. I will be mixing and matching depending on mood with the WA7, but this is a nice powerful transparent amp to have in my gambit.

I also own the Monolith THX Balanced Amp + DAC, and I find that to be equally resolving but with a slightly different signature, which is a little bit more musical in a sense. Some of the analytical harshness that is in the THX789 is toned down just a bit by the AK4493 DAC filter in the Monolith. It is noteworthy to mention that any analog input still goes through an ADC and then a DAC conversion to your headphone output on this Monolith amp.

I've already briefly talked about this CD player a while back, but just wanted to reiterate that this is a nice little unit that matches perfectly in size and shape to the aforementioned units. It has a nice CD player, as well as FM Radio and USB playback for music on storage. It's a little slow to boot, but I have yet to find any other issues with it. CDs are making a come back. Mark my word. :)

The ZMF Verite is my latest headphone addition and I am loving it. It's also my first true TOTL headphone I've owned, though I have auditioned several. I decided to go with a unique red Mahogany unit that wasn't ever released to the public. Zach made some of these early on and sent to initial reviewers, but decided to use a very similar Silkwood instead for his main line of Verites.

So, I decided to get a one-off unit but it turns out I really like it. It came with all new driver and internals and I can't be happier. I also decided to trade the stock Verite pad for the super secret BE2 pad instead which I've only heard rave reviews about regarding it lifting the treble up to be more even.

The Verite has been a very pleasant listen that is just warm and slightly dark of neutral with the Suede and BE2 pads. But the awesome thing is, the resolution is fantastic. I pick up on little details and intricacies I never heard before and that is like putting on a new look for songs I've listened to before in the past. The beryllium-coated plastic driver is also very fast and has great attack. There's weight to the bass but never muddy. It's not going to wow you with head blasting bass (at least not with my pad choices), but it's just enough weight there to make me very satisfied. It's darker than my Focal Elex but has similar type of dynamics and transients but resolution on another level.

The wood is beautiful and the weight has been toned down quite a bit since his last headphones and makes this headphone extremely comfortable to wear despite looking a little intimidating at first. I'm pretty satisfied with this purchase and have already started to look at maybe an Aeolus or looking further down the road for the possible closed-back Verite later. 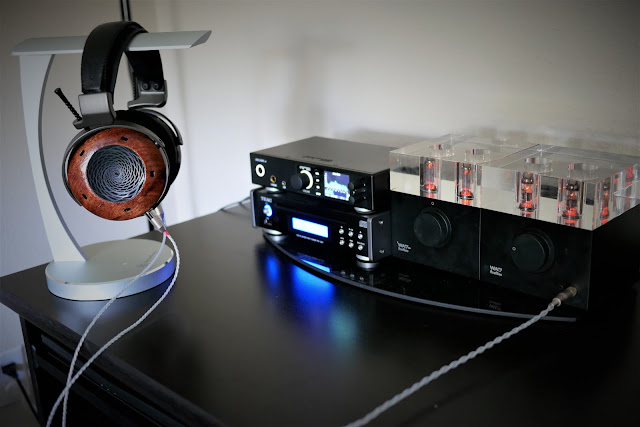