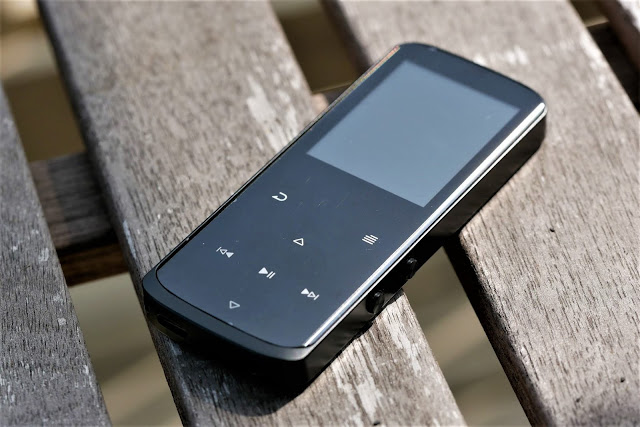 Ruizu has been making digital audio players for a time now and have some very small, compact, and well-built players for budget pricing. The D50 is their newest player and is priced at $30 and available on stores like Amazon.com.

This player was provided to me directly from Ruizu for review. I had previously reviewed one of their products last year, the D05, which I found be feature rich but lacking any sort of polish and a tad slow and not really useable. Let’s take a quick look at the newest player, the D50.

The D50 comes packaged with a USB cable, ear buds, manual, and the player itself. The D50 is black and has a touch area of the front panel that is used for navigation and player control. The left side has the power button and the microsd slot. I used a 64GB card for this review from Sandisk and had no issues with it. The right side has two buttons to control volume, however volume control only works when the screen is on. The bottom has a microusb port, and the 3.5mm jack.

So, first off, the usability is a little hampered as everything must be performed with the screen on. That’s an issue I had with the old device and it looks like that has not changed. Unfortunately I did not see anything in the Settings to disable that.

The screen is generally very low resolution and not exciting to look at, considering where we are today in technology. The screen also does not work at all outside. When I took it outdoors, it was completely not visible, despite being on.

The main menu is controlled via the touch pad on the bottom half of the player and menu movement is very quick and snappy, and much, much improved upon the previous players and most players in this price range that I’ve played around with. Jumping between things is painless.

The player has a wealth of features including Bluetooth 4.2 for streaming to your wireless headphones and a basic equalizer. The music player itself is simple to use and you can navigate by the general filters like Artist, Album, Genre, and Playlists.

The music playback screen shows album art when available, and a scrolling text of the track name, and displays the albums quite pixelated. I’m not a fan of the screen like I mentioned before and not a big fan of the text font chosen either, but it is easier to view than previous iterations.

As far as sound goes, the player has plenty of power for IEMs. On the Campfire Solaris, I was already loud on the very first volume step, and had to use it with iFi IEMatch and Ear Buddy COMBINED to have useable volume control. This should have plenty of power to get your headphones to listenable volumes, including your over-ears. 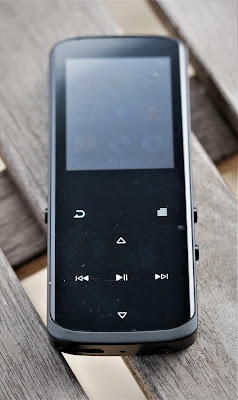 The sound quality itself is good and decent. It’s a generally neutral sound and doesn’t seem to exaggerate any specific tastes. My Astell & Kern SR15, for example, is more intimate, organic and warm, while my Pioneer XDP-300R has an airy wide soundstage to it. This player doesn’t really seem to really have any flavor. It also lacks great layering and detail retrieval that some of the much more higher priced players do, but at the same time, for the $30 asking price, I’m pretty content with what you get.

Now one thing I look for in any source is the level of audible noise, the noise floor. In very sensitive IEMs like the Campfire Solaris I use, any noisy amp output will transfer that noise to the earphone. Most headphones are not sensitive enough to pick this up, but In-Ears can sometimes. With the D50, I found the noise floor to be very quiet and that’s a good thing and actually quite surprise, as even expensive players and amps can be noisy with the Solaris.

One interesting thing I found after unplugging my headphones from this device is that there is a built-in speaker that starts playing when no headphones are in and you have playback on. The speaker is on the back top of the player and isn’t exactly great, but I guess if you really needed to have it play music, it’ll suffice.

So to quickly end this review and impression of the D50 – I found that it’s a serviceable device and for $30 it features an excellent build quality and feels hefty and premium in hand. It has average sound qualities but no audible noise which is surprising. The UI needs a bit of work but it’s an improvement upon older generations, and finally the speed of the player is snappy and quick.