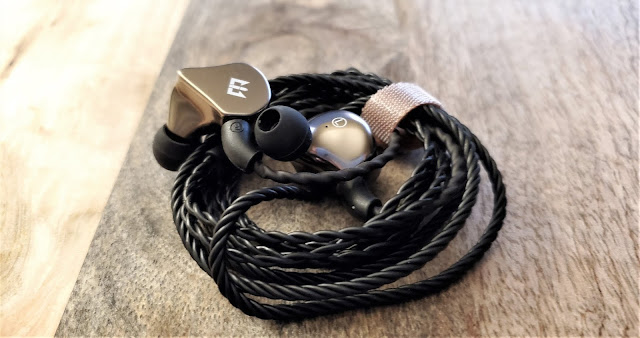 Tri is a brand I had not heard about until Kinboofi and KB Ears both requested to send me a set to review of their new I4 In-Ear Monitor. This specific set was provided to me by Kinboofi, who are a retailer on Amazon as well as making several audio cables that I actually have bought and enjoyed in the past.

The $69 Tri I4 is a dual driver hybrid. It features a single Knowles BA and a single 10mm biocellulose dynamic driver, and these are housed in a CNC aluminum alloy shell. This shell features mmcx connectors and comes with a detachable cable. One thing to quickly note is that this specific cable looks very reminiscent of the new Campfire Audio cables packaged with this year’s IO, Polaris and the latest Andromedas. In fact, I thought they were the same cable as the one that comes with the Campfire IO, which I reviewed in previously.

Being similar to this cable is a good thing, as I really enjoyed this cable when I was demoing and preparing the review of the IO. In fact, the shell is also well designed and extremely comfortable as well, giving this set a thumbs up on ergonomics and comfort.

The I4 reminds me of a warmer, punchier, diffuse-field tuned earphone. It actually reminds quite a bit of the Custom Art Fibae 7 I recently reviewed in terms of sound profile. With the Fibae 7, I thought it was a very well done, reference-like tuning. But it’s also quite a bit more expensive than the Tri I4.

The I4’s biocellulose dynamic driver is very quick, and I feel like the bass notes are clean, and responsive. I tend to think the bass decays a bit too quickly. There is extension into the subbass, and that provides a small amount of rumble that I really like. There’s just a slight bump in the midbass that provides some punch to an otherwise flat bass response that some may find lacking. The slight hump is within my acceptance, as I’m not a big fan of the mid-bass bumps that provide that heavy punch and slam, mostly because this can cause the lower mid-range to become quite muddy.

In the I4’s case, this isn’t an issue at all. The midrange from bottom to top is very smooth and coherent, although a little lacking in body. The I4 features a mid-forward sound signature, with extra emphasis on female vocals, guitar strings, and the like. This makes those sounds very up close and personal, though, not enough to be come totally congested.
A good representation of this is The Civil Wars “20 Years”, which is an acoustic folk track with some tight guitar plucks that seem to resonate and screech within my head. John Paul White’s voice doesn’t have the thick grittiness I would normally like, and does have a little bit of a treble-induce fringe to it, which is mostly due to the slightly bright treble response in this in-ears. Joy Williams’ voice sounds just a tad closer to the front of the scene, but sounds accurate and what I would expect.

Now the treble is a tad bright though not terribly harsh. In my previous review of the Fibae 7, I said that Custom Art tuned it to push the boundaries of what I find harsh without ever going over that line. In retrospect, I find this to be accurate and the Tri I4 is what is just beyond the threshold. It’s not far over, like say, the RHA CL2, or the BGVP DM6, but it’s just slight above my level of brightness that makes me happy. This makes some notes just a small bit strained and over emphasized to my liking.

For example, if I had to listen to Liz Fraser for a long time with these, I may find it fatiguing, where on my current daily driver, the qdc Anole VX, I can listen to it for hours. Speaking of which, one “Fifty-Fifty Clown”, a track off of The Cocteau Twins’ Heaven or Las Vegas album, I find the cymbals to be a little over splashy and just overall a tad brighter than I prefer. The bass lines on it actually do extend well down and have a small bit of rumble and definite punch to it that I am not normally listening to on my other IEMs (again, I don’t prefer mid-bass).

The soundstage of the I4 is weird. It’s definitely midforward and some instruments and voices are very closed in, in that it’s not a wide soundstage, but there is still decent to good separation. I wouldn’t say the imaging is great, but it’s average, especially at the price tag we’re talking about here. 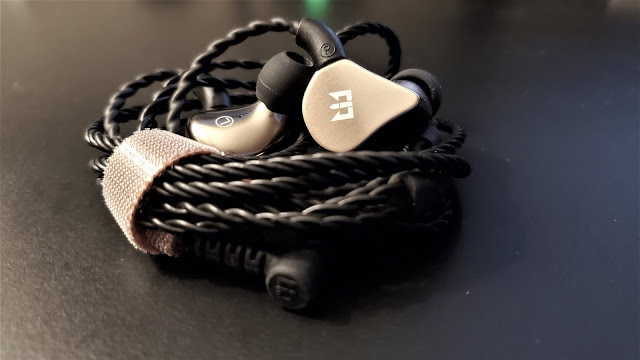 While it may seem like I am being very critical of the Tri I4, I do find it a rather good performer for a budget priced in-ear. There’s not a lot of stellar competition in it’s price range of $69, and you’d have to look at the Tin Hifi T3, T2, and the KZ ZS10 Pro as similar and perhaps better options. That said, the T3 is the closest in-terms of sound profile, while the other two are leaner (T2) and much warmer and thicker (ZS10 Pro).

If the tuning was just a shade less bright, I’d easily recommend these to anyone, as I find them to be a nicely done and decent resolution of the price point. Since the tuning is a tad bright, I would say that if you can handle a little treble sharpness, then go for it, and if you’re treble sensitive, you may want to stay behind.


As mentioned above, Kinboofi provided a review unit to me. If you're interested in this IEM, you can find it on Amazon.com: https://www.amazon.com/Earphone-Balanced-Armature-Headphone-Champagne/dp/B07V4Q3FX3