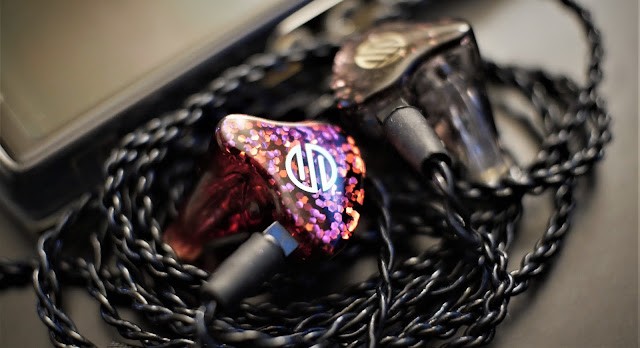 The BGVP Art Magic V12 is a multi-balanced armature in-ear monitor that houses 12 BAs and is priced at $1299. At this price, it’s going to compete with many flagships or near-flagships, as it is itself a BGVP flagship IEM. For comparison’s sake, the Campfire Audio Andromeda is priced at $1099 and the Solaris is at $1499, so this fits right in-between those two popular in-ears.

Special thanks to Paul (ufospls2) of  https://headphonesnstuff.blog for loaning me this IEM for a quick look! Please be sure to check out his reviews of high end personal audio gear!

The Art Magic V12 uses a custom-like fit design with resin shell that is nearly the same size, shape, and feel as the qdc Anole VX, my personal IEM.  I find them very comfortable to wear given the similar and familiar feel. They isolate extremely well, and there’s nothing really bad to say about the fit.

The IEM uses 2-pin connectors, and I personally was using my own 4.4mm balanced cables by Kinboofi and did not receive the default included cables.

The other thing to note here is that using tips with this IEM nozzle can be frustrating. As with this style of BGVP IEM (like DM7 and DM6), the nozzle doesn’t do a good job of retaining the tip, so they can easily get slipped off. Like the previous two I’ve owned, the tips can slip off and remain in your ear as you’re removing the IEM, so be wary of that. Using a narrow bore size will help it lock in. I had issues using Sony Hybrid tips, for reference. 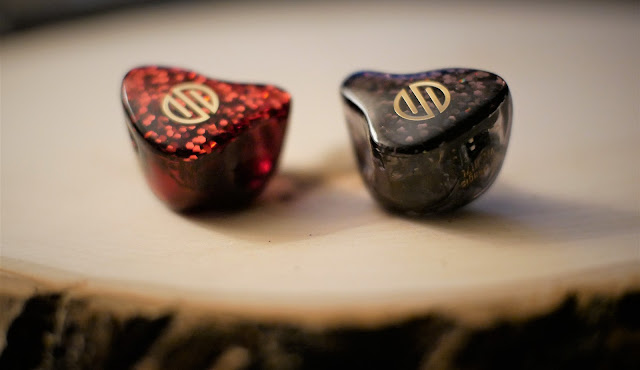 The Art Magic V12, like some of these newer higher-end multi-BA IEMs has dip switches which can be flipped to change tuning slightly. In the qdc Anole VX, there were 3 switches that controlled the bass, upper mid-range and treble. I wasn’t able to really enjoy any of the switches or combo of switches as much as the stock tuning. The same can almost be said about the Art Magic V12.

First off, the V12 stock tuning has instant reminders of the Campfire Andromeda using a low impedance output source. That is – the bass is elevated, and the mid-range is flat with treble spike creating a lot of air and soundstage. When I say flat mid-range, I mean, that it does not have a pinna-boost compensation (typically a rise from 1-5KHz and followed by a downward slope after). The Andromeda has very little boost, if any (relative to bass and treble levels) with a low OI source. The Art Magic V12 isn’t that direct with removing the upper mid-range though, it has a rise that begins later, at 3KHz (like the BGVP DM6), and a drop immediately at 4-5KHz (like the Campfire Solaris or VX to an extent), and then treble rise after 6.5KHz.

This gives the tuning an interesting sound that isn’t all that bad. It reminds me of an Andromeda that is somehow a mish-mash of how it would theoretically sound at 0.5 Ohm OI and 6 Ohm OI – given how it sounded on my low OI sources and my Pioneer XDP-300R when I had it with me for period of time. In more realistic terms, and going back to my original price comparison, it’s a weird mish-mash of the Andromeda and the Solaris.

I feel like the tuning may bother some people and some people won’t even hear a thing wrong with it. It will likely depend on what you listen to, and your ear biology. That said, for me personally, I actually can enjoy this tuning, despite it not being exactly how I would like things.

The bass is a little too boosted at stock tuning, but flipping on Switch #1 reduces the bass levels to something more preferred. Even so, the bass is tight has punch, and is relatively detailed. It’s nowhere near any bass-head levels and has a small amount of slam and impact.

The mid-range is interesting. Vocals are on the leaner side, and they do fall a little behind the scenes. Male vocals especially – as I listen Michael Buble and find that he is no longer the center of the show. The uneven upper-midrange does make female vocals interesting. They don’t fully lack character, but they do not have as much emotion and depth as I would otherwise prefer. The best way to describe this is that the midrange isn’t as forward as I am normally accustomed to listening to, yet it is sometimes.

The tuning is offensive as say the Campfire IO or the Fiio FA7 is. In fact, from memory, I think I prefer how this is tuned over the Campfire Andromeda. And the big saving grace for this IEM, like the Andromeda, is the well-played treble response. It rises to a level that isn’t harsh or fatiguing and yet brings clarity to strings, cymbals, and hi-hats and an airy sonic soundstage to each track.

And that is how it goes for the Art Magic V12. Is it worth the money? That’s a bit up to each individual to decide. I think it can trade blows with the IEMs comparable to it within its price-range, but it doesn’t come to the likes of the qdc Anole VX in multi-BA quality, Sony IER-Z1R or the likes. I think it does compete well with the Andromeda.