As I write this, I just realized I never tried the Tin T1, and I know nothing about it. But that aside, the product line from Tin Hifi has been decent to good. The Tin T2 was an instant chi-fi classic, with a neutral reference-like sound signature, good build quality, and removable mmcx cables at an affordable price. The follow-up T2 Pro had a very bright signature, that some like and others hated, and the T3 took parts of the T2 and T2 Pro and added just a Balanced Armature driver to give it just a little more resolution, and slightly added warmth and was pretty successful at that.

The last Tin Hifi product I reviewed was their attempt at a Planar Magnetic IEM, the P1. This one had mild success in my eyes. It had a better out of box tuning than any other planar magnetic IEM I’ve tried (that is, default tuning with no modifications or equalizer applied), but the bar is quite low in this aspect, and the tuning still had some flaws such as overly bright tonality, and in-your-face soundstage, or lack thereof.

Quickly on the heels of the P1, Tin Hifi announced their latest creation, a dynamic driver, Tin T4. This new item retails for $109, but will be sold on Indiegogo at a special early bird price of $79 starting on Nov 11th. In addition, early adopters will get a $20 coupon to use on Linsoul.com, who also provided me this review unit.

While in some ways, this is their simplest effort yet. Unlike the previous T-series I have tried, the T4 only has a single dynamic driver, while still retaining a generally similar housing shape and size. This new housing is much more intricately designed though, with a milled design that is reminiscent of a moving turbine blade engine.

The new housing is still made from aluminum and feels rather light and nice. The connectors feel more sturdy than previous iterations, and the new cable is silver-plated and looks luxuriously braided with thick wires. In a small change from the past, the T4 is designed to be worn over-ears, instead of drop-down cable style like on the T2.

Also included are a variety of tips and a really nice fake-leather brown jewelry-style flip box that has plenty of room to house the IEMs and a couple other small accessories.


When I first put on the Tin T4, I was quite reminded of how the Custom Art Fibae 7 sounded for some reason. It has a neutral-ish reference type sound that I like with a touch of bass elevation that gives it just enough warmth to sound balanced, and not overly bright. The T4 has that same type of sound, while perhaps being a tad brighter, but not in sounding harsh or sibilant.

I was actually very pleasantly surprised by this IEM. It fits closely to my ideal neutral reference sound signature. The bass levels are right about where I like it, giving more quality than quantity. There’s still enough sub-bass quantity to provide rumbling texture in songs that provide it, and a smidgen of punch when necessary, but in general, it is a little lighter than other IEMs, especially those that are coming out of the Chinese marketplace lately.

The mid-range is quite coherent and just slightly warm. It’s not thick and lush, nor does it sound thin to me. It sounds just how I’d like it so that every frequency stands on its own and doesn’t get bloated or becoming missing. The midrange is forward, just like the T2 and T3 before it. The pinna compensation begins around 1KHz as expected, and rises up quite high to a 2KHz peak and a reduction at 4KHz and another into the lower treble with a peak at 6KHz and a smaller one at 8KHz.

The 6KHz peak doesn’t bother me, and typically doesn’t unless it’s overly boosted. The 8KHz are is where I have seen issues with past in-ears, but since it’s lower than the rest of the upper-midrange and lower treble frequencies, I don’t have any issues with sibilance or edgy harshness with the T4, and I did put this IEM through several pop tracks with female vocalists and known edgy songs for me and the T4 seemed to past with flying colors.

This type of elevation in this area does make female vocals really stand out, and I do enjoy that. I love hearing vocalist’s emotion and bravado in their voices and having this type of rise really pushes that forward.

The troughs and rises do help give the T4 with an adequate soundstage width, and I found the T4 to have just enough to separate instruments clearly and deal with congestion pretty well, which isn’t something I can say with many IEMs in this type of price range.

I do think the T4 struggles a little bit with raised volume levels. While I typically do listen at around 70 dB/SPL when I’m using IEMs and headphones, occasionally I do raise the volumes a bit. I found the T4 to sound a tad strained and perhaps distorted slightly at higher volumes (I’m thinking 80dB and more). But at my moderate listening volumes, I find the T4 to sound clean, clear and actually surprisingly good. 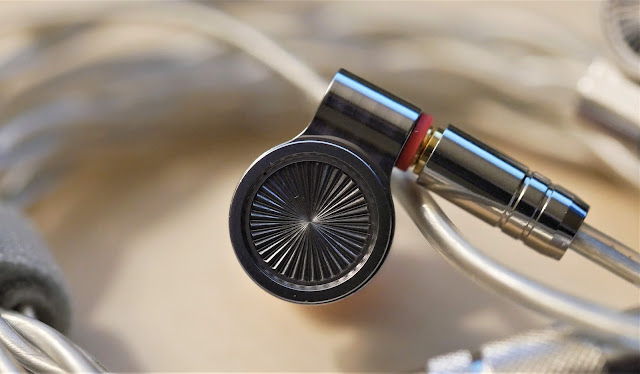 Normally, I would compare it with the Moondrop Kanas Pro, but since the IEM is now discontinued, the next best thing is their successor, the KXXS. I actually think the Kanas Pro and T4 sound very similar up to about 4KHz, but the Kanas Pro has a more laidback sound with reduced treble, while the T4 has more clarity due to the increased treble presence.  Ok, so I guess, I did compare to the Kanas Pro after all.

Now, the KXXS, it has noticeable more bass elevation, impact, sub-bass quantity, and longer decay than the T4. This could be good or bad depending on your tastes. For me, I like the T4’s bass levels because, in comparison, I find the KXXS’s bass decay to extend into the lower mid-range and actually that actually ends up muddying up a bit.

I also find the KXXS to sound harsher and brighter, and surprisingly the T4 doesn’t have that issue, despite having what seems to be a measured higher response in those areas. I think where it differs is that the T4 has a big roll-off in the upper registers, and the KXXS has some rise there.

So, for me, I was surprised that I prefer the T4 more than the KXXS.

I think the Tin T4 fits somewhere in-between the ER2 Studio Reference (SR) and Xtended Response (XR) models, and this is particularly where it’s bass and mid-range falls. The T4’s response is warmer than the SR, but not as warm as the XR. I think part of this is due to the T4’s higher rise in treble, which shifts the overall balance towards that area over the lower frequencies. This makes the XR have the same type of relative comparison to the T4 as the KXXS has above.

I think both are similar in terms of overall quality though, but the ER series is extremely better at isolation. The ER2 series also has a more natural timbre due to the lower treble, but some may find that to be a slightly laidback in a sense.

Both have a shallower fit, though I find the Tin T4 to be much more comfortable to wear and easier to just put on and go. I had a lot more trouble out of the box with the BL03 with finding the right fit and seal and it was pretty instant with the T4. While the BL03 is a good, even great, value, I actually didn’t like it as much as many other people have. This is partially due to the sound signature being a little too bass and treble emphasized, and lacking mid-range forwardness.

For the most part, I found the bass too heavy, and wished it was a few dB lower. That’s why I find the T4’s bass levels to be ideal for my personal preferences.

I find the Tin Hifi T4 a competent and good IEM, and I’m actually very happy with adding it to my collection. It’s the right type of sound signature for what I enjoy and I’m happy to recommend it at the introductory price, and even a strong consideration at the regular retail price. I think those who prefer a neutral sound signature will find this one right at home, and it comes with a nice set of accessories to go with it.

The Tin T4 is an improvement and easily the most complete Tin Hifi product to date, and easily out performs the recent P1, which again, wasn’t one I particular liked.