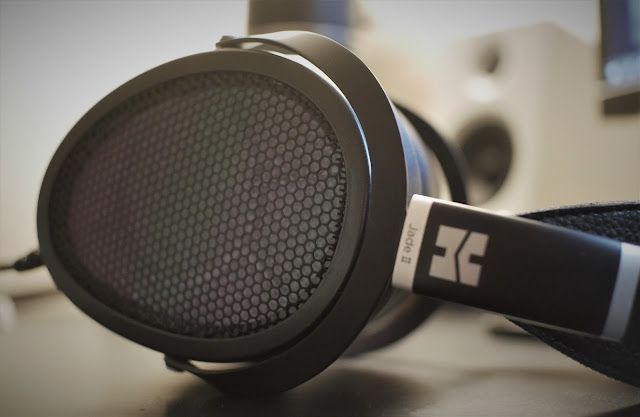 The Jade II was provided to me on loan directly from Hifiman as part of the Head-Fi Loaner Tour. I was actually a little surprised when they reached out to me, since I forgot all about it. That said, I was excited to try out this headphone and it’s matching electrostatic amp, as I haven’t used an electrostatic headphone for a long period of time before – only at meetups and in-store demos.

The Jade II Amplifier really surprised me. I wasn’t expecting the amp to be as large and massive as it was. It dwarfs my RME ADI-2 DAC, Woo Audio WA7 and Massdrop THX-AAA amplifiers. I ended up having to put it on a different shelf so that I could capture some desk space on my normal listening station.

The amplifier features both balanced XLR and single ended RCA inputs on the back and two headphone output ports on the front. There’s also a large power button, a signal switch button, and a nice large aluminum volume knob that feels great. The knob isn’t totally linear, there are volume steps that are tactile as you turn it. 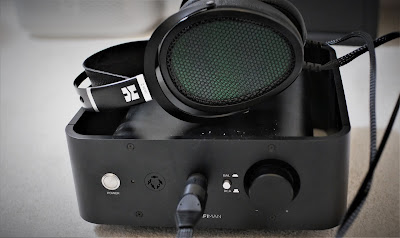 The Jade II headphone itself is incredibly lightweight. It’s not as light as say the Koss ESP950/95X, but it’s pretty light compared to all of my other headphones. It’s been sometime since I’ve put on a pair of Stax, but from memory, these feel lighter than those as well. I would definitely need to confirm to be positive.

The lightweight, and the large oval cups, similar to that of the HE1000, Arya, Ananda, and Edition X series, makes the use of the newer Hifiman headband style more easily worn. If you’ve read my previous discussions or seen my thoughts about this headband online in the many forums or discord, you’ll know that I am not a fan of it. The new headband was designed to be more durable than the last one, which broke often at the yoke (but I adore it),  but this new headband has no rotation and therefore feels very stiff and can be uncomfortable. Luckily on the Jade II, it works and fits like a glove. The clamping force is just right for me, and feels rather nice.

The headphone cable is flat like most electrostatics are but is not removable. That said, it looks and feels durable, however the splitter portion of the cable seemed to fall apart slightly – with the braid coming undone exposing the poly-wrapped copper below.

The Jade II sounds like a typical electrostatic signature, however a little bright. It’s fast, resolving, but missing a lot of low end prowess. The upper-mid-range seems a little exaggerated and the treble is a little unbalanced and bright given that the low end seems to roll-off drastically at around 100Hz.

When I first put these on and listened for about an hour, I really didn’t like how they sounded. Listening to a mix of rock, electronic, and country music just sounded like a lot of the low end was missing, and it sounded very lean and skewing towards being too bright. It doesn’t ever sound sibilant or harsh though – just a little upper-mids focused. That’s not a bad thing though, as I do like some elevation there.

But like I said, I didn’t like it after the first hour and put it away for a day or two. I came back to it with a fresh set of ears and started listening to other genres, like piano jazz, ambient and more folksy rock music – stuff like Guaraldi, Bill Evans, Chet Baker, Nickel Creek, and James Taylor. I felt like the Jade II sounded a bit better now. The resolution was very good, but I don’t remember it being God-like calling like how I heard the Stax SR009 for the first time, or when I listened to the Focal Utopia. It doesn’t provide as big of a wow factor as I had hope.

That’s not to say that the Jade II isn’t impressive. It does a great job of delivering a very smooth midrange and treble presentation – in that it feels natural and airy, and pushes the upper limits of what may be considered bright and harsh without ever going above that line. I tested it through a variety of songs that have female vocals that sometimes lie on the other side of that fine line.

For one, Alvvays’s Dreams Tonight is a song I play often to see how high and how harsh Molly Rankin’s vocals can reach. While they do seem like they’re pitched a little higher than what I normally prefer, her voice has a lot strained emotion to it and it sounds and feels very euphoric in a sense. Still, I would prefer her tonality to be a little downplayed slightly, and that there was a little more warmth in the general overall tonality as a whole. 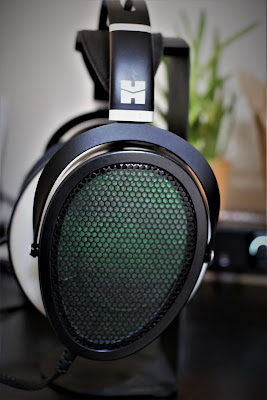 I do applaud and appreciate the wide soundstage and clean, precise sound that electrostatics can bring, but I do find the Jade II to a be a bit pricey at it’s normal asking price. When on sale, like they were this holiday, they are quite a contender for a value. I say this, because at it’s normal price, I would rather have something not electrostatic and not have to deal with a dedicated amplifier (at an extra cost) and that whole limiting factor for marginal improvements on resolution with the trade-off of low end loss. At half the price, the rewards are more easily reaped and defendable.