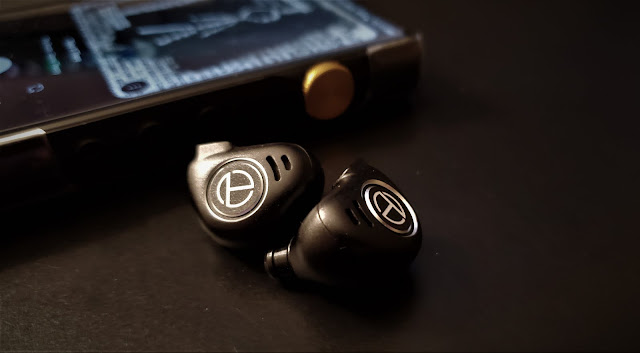 The TRN V90 is a $53 IEM that is probably the best IEM TRN has put out yet. I’ve had some mixed opinions of the TRN lineup thus far. The TRN V80 was my favorite of their lineup but it was a bit on the bright side. The V90 takes a lot of their previous approaches and puts together their most coherent IEM yet, but its not without its flaws.

The V90 still retains a V-shaped sound signature, with a boost on both the low and upper ends of the spectrum. There’s a rather large peak around 8KHz on this unit that provides a lot of clarity but it can make the IEM sound rather harsh at times and thin too. 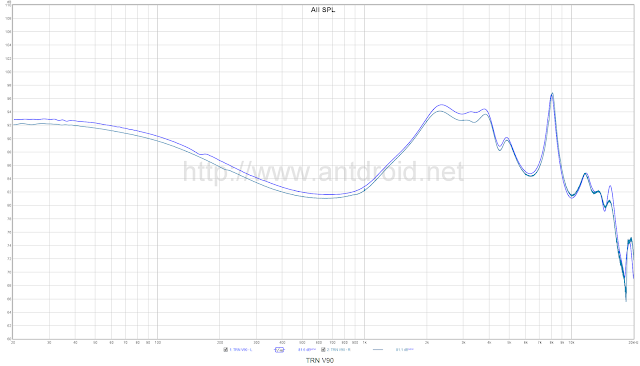 The bass response is rather rudimentary, but it’s got a good amount of quantity that it provides a nice low end increase without being bloated, muddy or overly slammy. It just doesn’t lack a lot of resolution and can be a little slow at times. That said, for this price range there aren’t a lot that really do well in this area – except perhaps the Shozy Form 1.1 in my opinion.

The midrange sounds thin. It’s recessed in the lower portions of this range but does accentuate the upper portion of the midrange. Female vocals are a little shrill and stretched, while male vocals are lacking a little bit of body.

To round it out, I found the soundstage to be above average, while imaging to be just ok. The treble area is a little hot, as is with previous TRN IEMs, however this is still the most balanced one so far. I may sound a little harsh in these impressions, but really, this isn’t a bad IEM for the money. It has a lot of competition, and sounds remarkably like the BLON BL03, but that can be found for less price, however the TRN V90 does have a better overall fit with my ears.

This review unit was provided as a sample by Linsoul. The TRN V90 can be found on the Linsoul store at http://www.linsoul.com
Reviews TRN V90